The Scottish Food Coalition is a network of organisations working together in recognition of the connections between our most fundamental social and environmental challenges: food, and our broken food system. The Coalition is made up of organisations interested in all aspects of food, from health, to social justice, to environment and animal welfare, and represents both large and small organisations, from major trade unions and CSOs to smaller organisations and community groups.

In Scotland and beyond, we are facing multiple, urgent challenges which stem from the way that we produce, process, sell, consume and waste food. For the environment, around a quarter of Scotland’s greenhouse gas emissions come from agriculture and related land use. Food production is one of the greatest pressures on nature; some species like kestrel, curlew and lapwing have declined by more than half since 1994, and there are large declines in insects, including pollinators. It is estimated that our soils will be able to support fewer than 100 harvests. Unless we stop our food production from mining the earth’s resources without giving something back, we will be very vulnerable to major environmental crises. These will in turn undoubtedly affect our food security.

Meanwhile, for people, many households cannot afford to eat according to recommended guidelines. One in 10 in Scotland are living with food insecurity, and this is higher within certain groups, for example among single parents. At the same time, two-thirds of adults and one-third of children are overweight or obese, and diabetes is the single biggest budget area for the NHS. While many struggle to afford food, farmers and crofters also struggle to make a living. Food sector jobs are some of the most insecure and poorly paid, with food service workers often experiencing food insecurity themselves. And poor animal welfare practices remain, while 45% of antibiotics administered in the UK are given to livestock.
And these problems are connected and stem from the food system itself; you cannot solve one of them without considering the others. At the Scottish Food Coalition, we have long been campaigning for the Good Food Nation Bill, a transformative piece of legislation to tackle these interlinked and complicated challenges.

The Scottish Government opened a consultation on the Good Food Nation bill from December 2018 to April 2019 inviting the public to share their views. In Autumn 2018 we recruited 35 volunteers from across Scotland who were keen to work within their communities to encourage people to respond to the consultation to raise their voices on the food issues that matter to them. The volunteers are known as ‘Good Food Nation Ambassadors’.

We recruited these volunteers through online advertising and our Coalition networks. Ambassadors were selected based on their connection to their local communities, as one of their core responsibilities is raising awareness and engagement with the Good Food Nation campaign. Ambassadors were also selected from a range of locations across Scotland and represented varied backgrounds of ages and areas of interest. Some of the Ambassadors were particularly passionate about allotments, others were involved in community meal initiatives or climate change activists.

We provided a full day’s training covering the main issues in the food system, the potential for change, and a session on political procedure aimed at increasing Ambassadors’ confidence to engage with their elected representatives and with otherwise opaque government process.
The Ambassadors were able to arrange around 60 events across Scotland, and attend public meetings, use social media and alert their local press to raise awareness. It was through their efforts that around 1,500 people in their communities engaged in the consultation, either through responding to an online e-action, submitting their own individual responses or as part of a larger group response.

We have been supporting the Ambassadors keeping them updated with the Good Food Nation’s Bill progress and giving them tools to help them raise awareness and speak about the many complicated issues. These tools included the guide to responding to the consultation, campaign videos and infographics.

We’ve learned how impactful the grassroots activity can be – we know that the actions of the Ambassadors made a huge difference to the consultation responses, and people that had never before engaged with government consultations were empowered to have their say with the support of our Ambassadors. I wish that we had more ambassadors in rural Scotland, the majority of our Ambassadors stay around the central belt. Budget permitting, we would love to go out to more rural areas to invite those communities’ views on their hopes for the future of the food system.

Check out Nourish Scotland and the Food Coalition for more information. 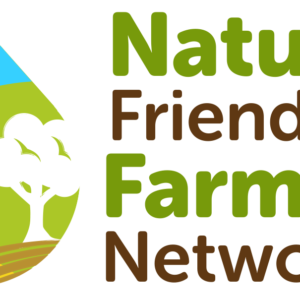 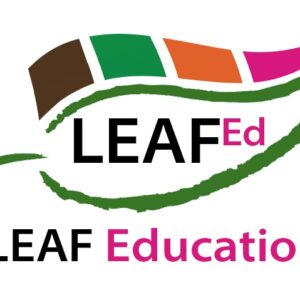